A trailer for the upcoming Monster Hunter Generations for the Nintendo Switch has just been revealed. Looking at the trailer confirms that it is a simple upport of the 3DS version. For people used to the 3DS version of the game, it is still a huge improvement. The trailer also features some more details regarding the port. 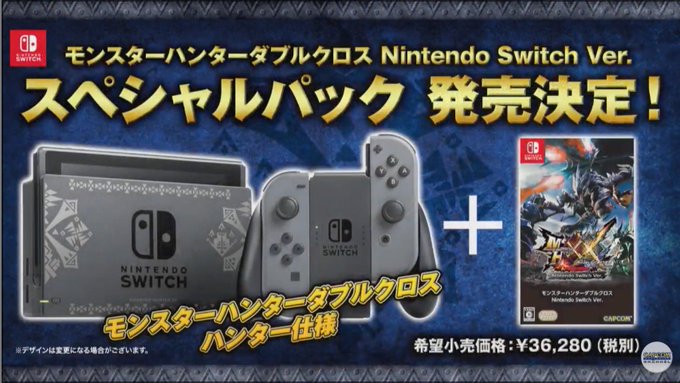 The biggest announcement of course is its release date, which is August 25 in Japan. We hope that a western release date will be announced soon as well. Thanks to the region free functionality, you are able whoever to buy the game from the Japanese Eshop and play it right, when everyone else does. The game will probably be only in Japanese though. What will also make a lot of people happy is the ability to transfer save data between the 3DS and the Switch and even crossplay over WiFi. The game runs at 1080p when docked, but no word on the framerate has been given to us so far. A limited edition Nintendo Switch has also been announced.

Are you looking forward to some Monster Hunter action and how familiar are you with the Monster Hunter franchise? Let us know in the comments below and check out the beautiful 1080p trailer.

be bold no essay scholarship

how to start an essay example https://vpn4home.com/

how to improve critical thinking in nursing https://uncriticalthinking.com/

critical thinking examples in the workplace

what to write for college essay

i can t write essays

where can i buy an essay https://anenglishessay.com/

So I am a slightly new monster hunter fan, my first game was monster hunter 3 ultimate on the wii u. I then bought mh3u on the 3ds (mh3G in japan) and then mh4u and mhgen (mhx in japan). I have never hated a monster hunter game. But I have to say… mhgen was a step back in the series. The gameplay is an improvement over 4u is some areas. But everything else is going backwards. Yes monster hunter has always had a forgettable story. But gen took that a step further. It all felt like busy work. Then add… Read more »

I really don’t think that we need to worry about that. Opencritic ranks this game at a score of 86 and with the improved graphics it will woo a lot of people. I already have two friends who barely play games anymore saying they want a Switch now because of Monster Hunter. I am also convinced on getting it, since I didn’t feel the need to get it on the 3DS as I had yet to play some more Monster Hunter 4. Looking at the crazy sales the Switch was already having without the announcement of Monster Hunter, I think… Read more »